The Mcleod River Bridge on Rosevear Road near Edson, Alberta was completed in the summer of 2017 with the completed road scheduled to be open to traffic in 2018.  The bridge was constructed to replace the Rosevear Ferry which ended its run in 2016 after more than 70 years of service.

Under the project management of Stantec, Calgary based general contractor Trevcon Enterprises retained Rapid Span to fabricate, deliver and erect the steel superstructure.  Fabrication of the girders started in the fall of 2016 with Rapid Span’s subcontractor, Forbes Industrial, completing the erection of the superstructure in March 2017.  The girders were erected off of an ice bridge to help minimize the costs of winter construction. 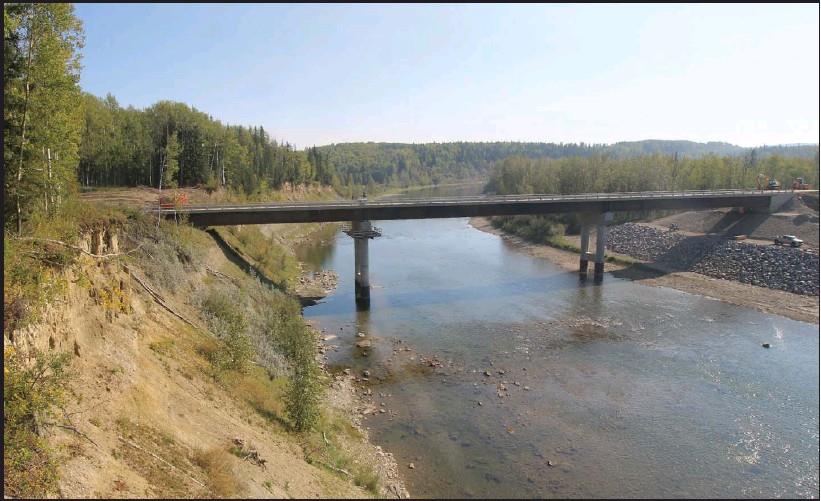 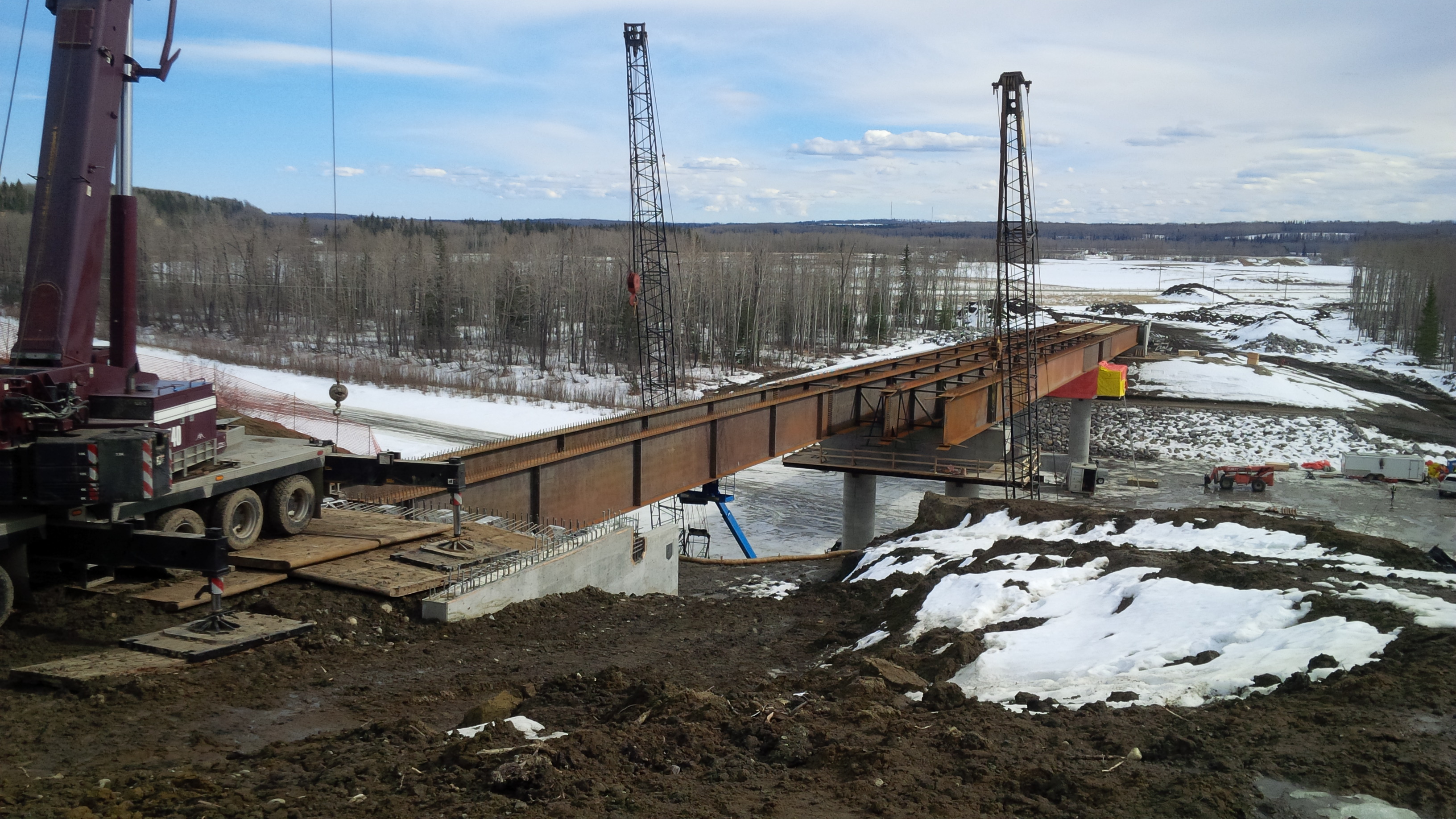 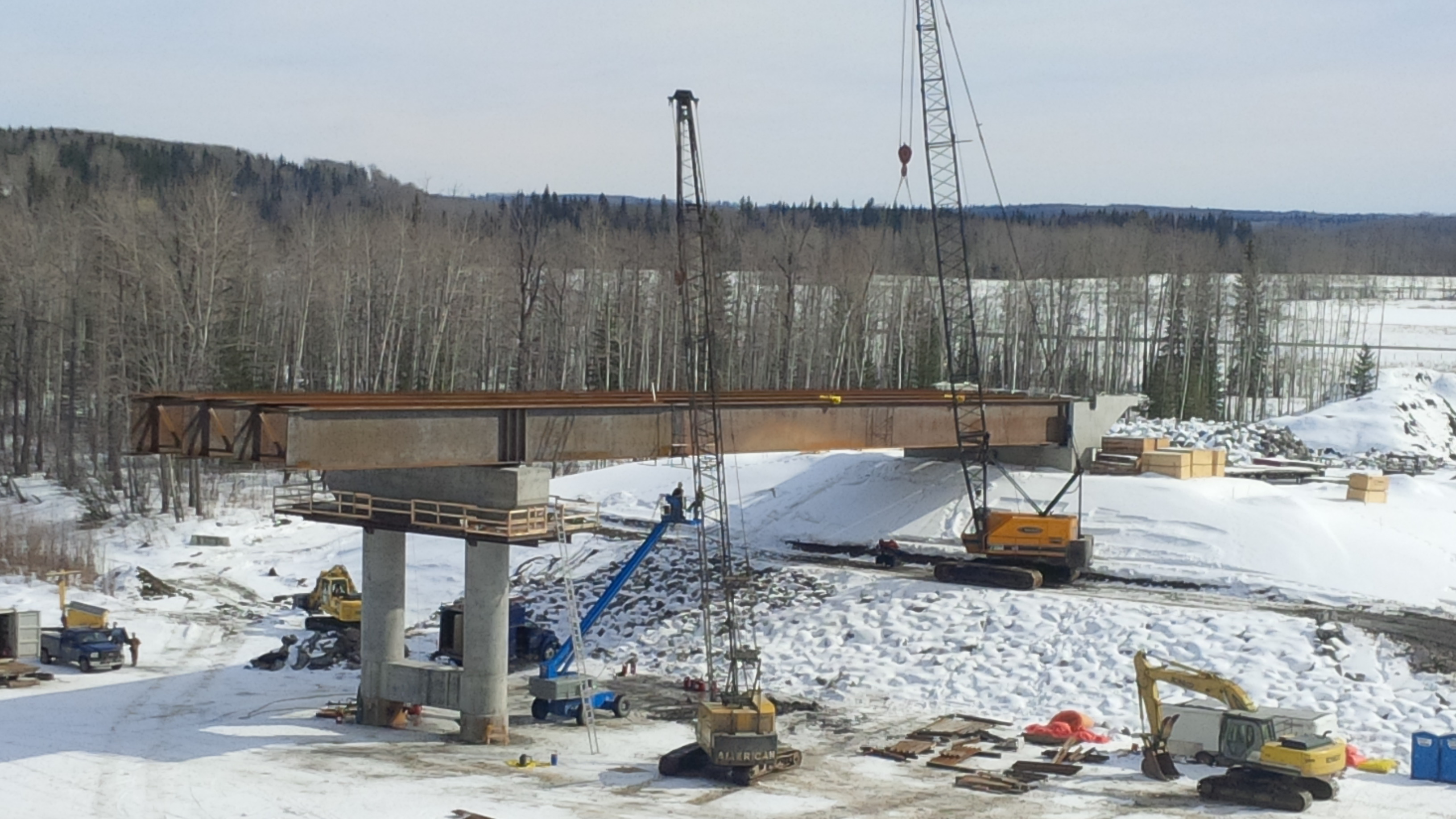 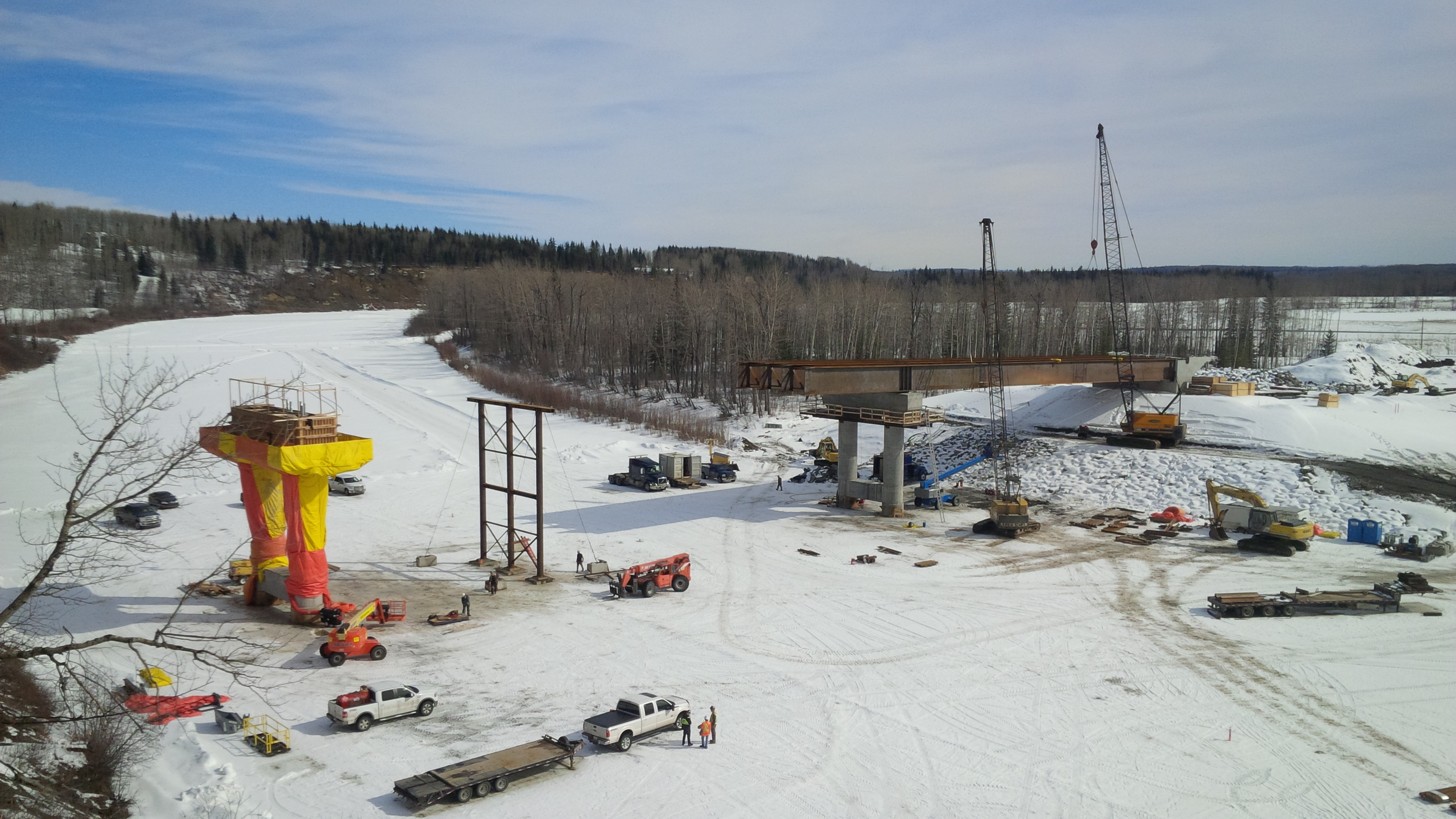